“Before I started growing Koji, I would never have believed it possible to fall in love with a mold”, writes fermentation institution Sandor Ellix Katz. Indeed, in the past few years, this flavor-catalysing mold has found its way to into Western kitchens and triggered endless enthusiasm from which, it seems, there is no turning back. This summer, the book “Koji Alchemy” by Rich Shih and Jeremy Umansky struck exactly the right cord. For the last talk of this year’s Symposium, we’ll be hearing more about it from one of the authors, Rich Shih, on Sunday 13 December, 6pm CET! ⠀
⠀
What is Koji and why is it so interesting? Koji is a term that comes from Japan, where it refers to a mold that grows on grains in warm and humid environments. It produces enzymes that are able to break down starch, proteins and fats into their individual components: simple sugars, amino acids and fatty acids. Among other things, this releases glutamic acid, which is precisely what produces the full-bodied “umami” taste. ⠀
⠀
Through this mechanism, Koji extracts deep flavors from the ingredients it’s combined with. Not only from soybeans, which thus become miso and soy sauce, but also and especially from ingredients native to our part of the world. Koji also speeds up transformation processes, making ham mature faster, and meaning stocks don’t have to simmer ad infinitum. “A Swiss Army knife”, or “The Magic Mold” (Noma Fermentation Lab)!⠀
⠀
Yay! Come join us in this opportunity to ask all your most pressing Koji questions to one of the most important experts in the field! 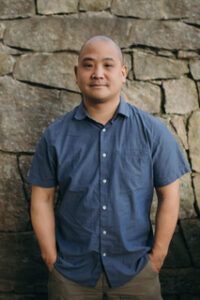 Rich Shih, co-author of Koji Alchemy, is one of the leading culinary explorers of koji and miso in the United States. He is an in-demand food preservation consultant, helping chefs to build their larders and leverage fermentation to decrease waste, and offering ideas with which to experiment. Shih holds both public and private workshops to share koji knowledge. In addition to working with fermentation, he is the Exhibit Engineer for the Museum of Food and Drink (MOFAD) based in New York City. His blog, OurCookQuest, provides a welcome environment for cooks of all experience levels to learn, share knowledge, and exchange ideas.
+ Google Calendar+ iCal Export