We organise farm visits in the Berlin area which are specifically intended for gastronomes and farmers. Our aim is to share knowledge about agricultural cultivation methods, spark a conversation around product quality, and show the connection of individual ingredients to our whole food system. Through these farm visits, we bring producers and cooks closer together and nurture their mutual appreciation. 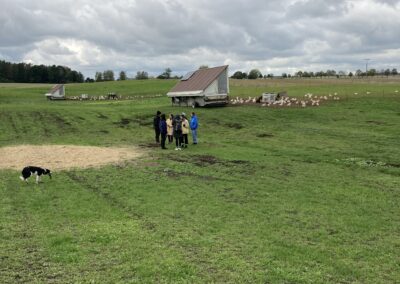 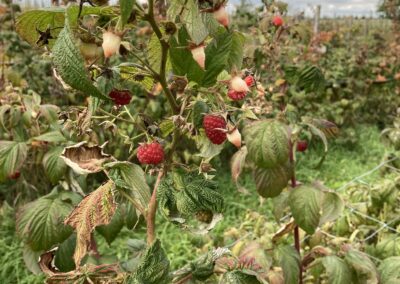 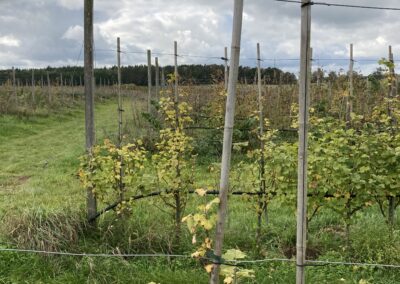 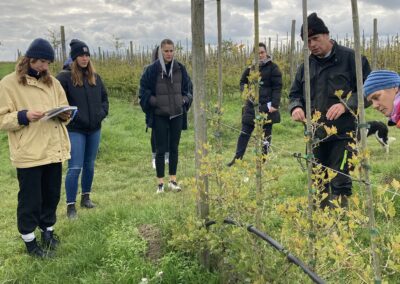 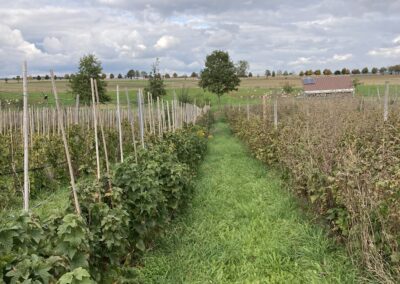 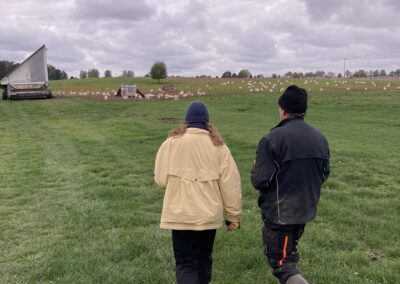 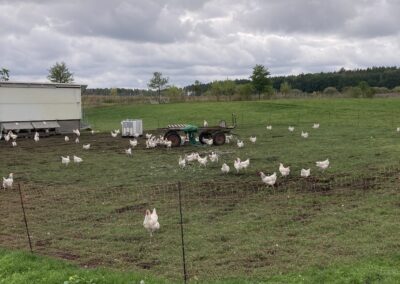 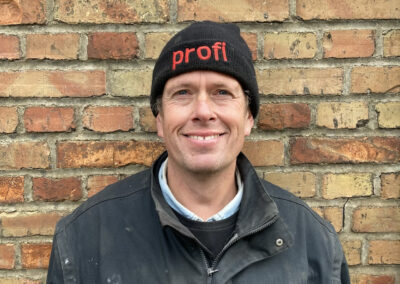 “Chickens need to be processed more diversely. For every egg there is also a rooster and a hen,” says Frank van der Hulst from Weggun Farm. During our farm visit, we talked to Frank about local meat processing structures, among other things. Together with his wife Marjolein and their 4 children, he produces mainly berry fruits on the farm Weggun and keeps sheep and chickens, which he markets to organic wholesale and the product-oriented gastronomy. He only sells them whole, because the small farm slaughterhouse in the neighbouring village does not have the capacity to process the animals further. For this reason, and because the employees of the slaughterhouse already belong to the older generation, Frank is campaigning for the creation of a local slaughterhouse with EU standards; and for an increased appreciation of food craftsmanship, agriculture, and manual labour. 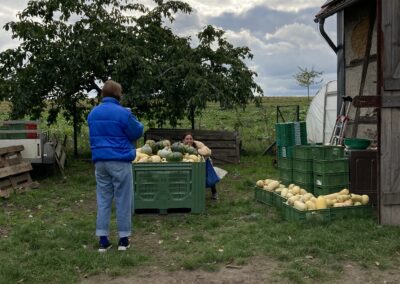 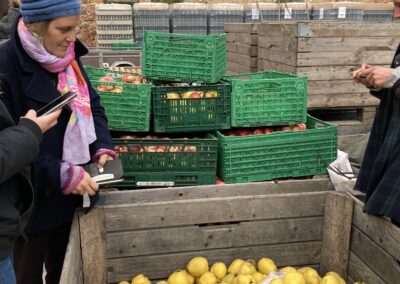 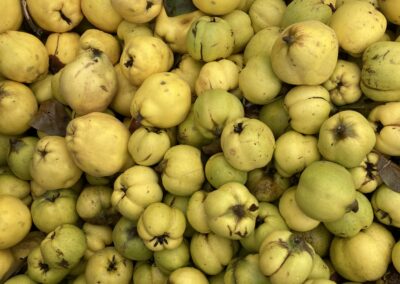 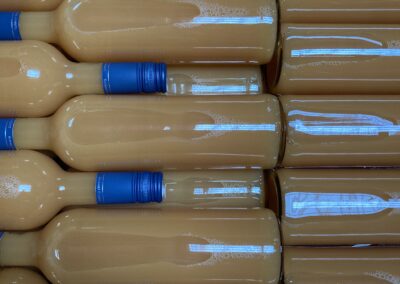 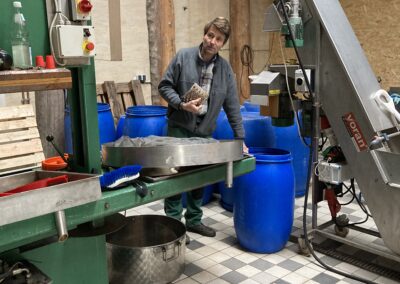 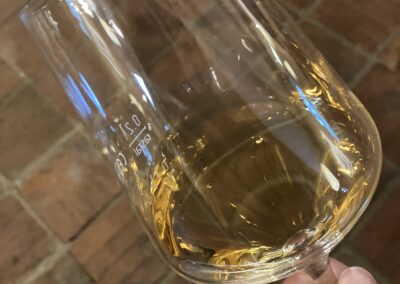 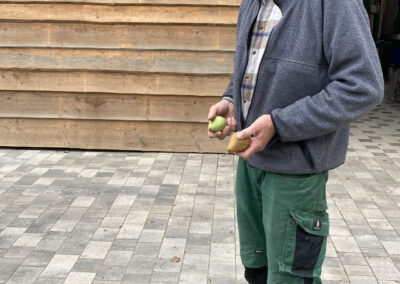 Preservation through use: By using old fruit varieties in their press house, Florian Profitlich & Edda Müller, operators of Gutshof Kraatz, are committed to safeguarding the regional diversity of varieties of apples, pears and quinces. On our farm visit, we learned more about how this approach affects the flavour diversity and intensity of their products, and not least the cultural landscapes and regional economy of their location.