Germany’s and Berlin’s food scene is rich in people and projects that bring together diverse cultures, recipes, traditions and ingredients. Therefore, in the November kitchen meetup, we explored the topic of “Indian food culture” and the incredible diversity of its cuisine. For the event, we invited Paushali Lass from “The mustard table – food & culture workshops” and Gaurav Sharma from restaurant Bahadur in Berlin. 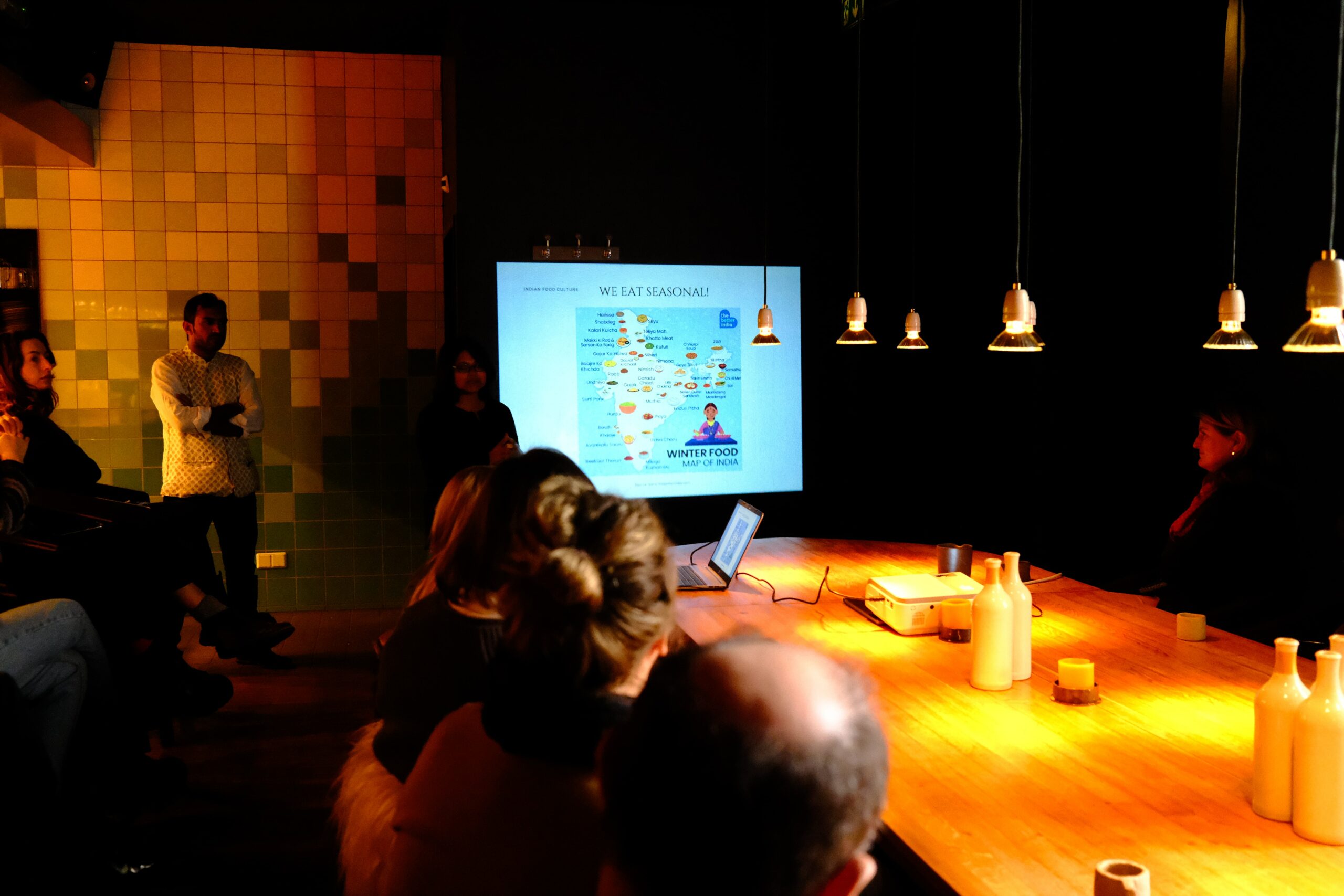 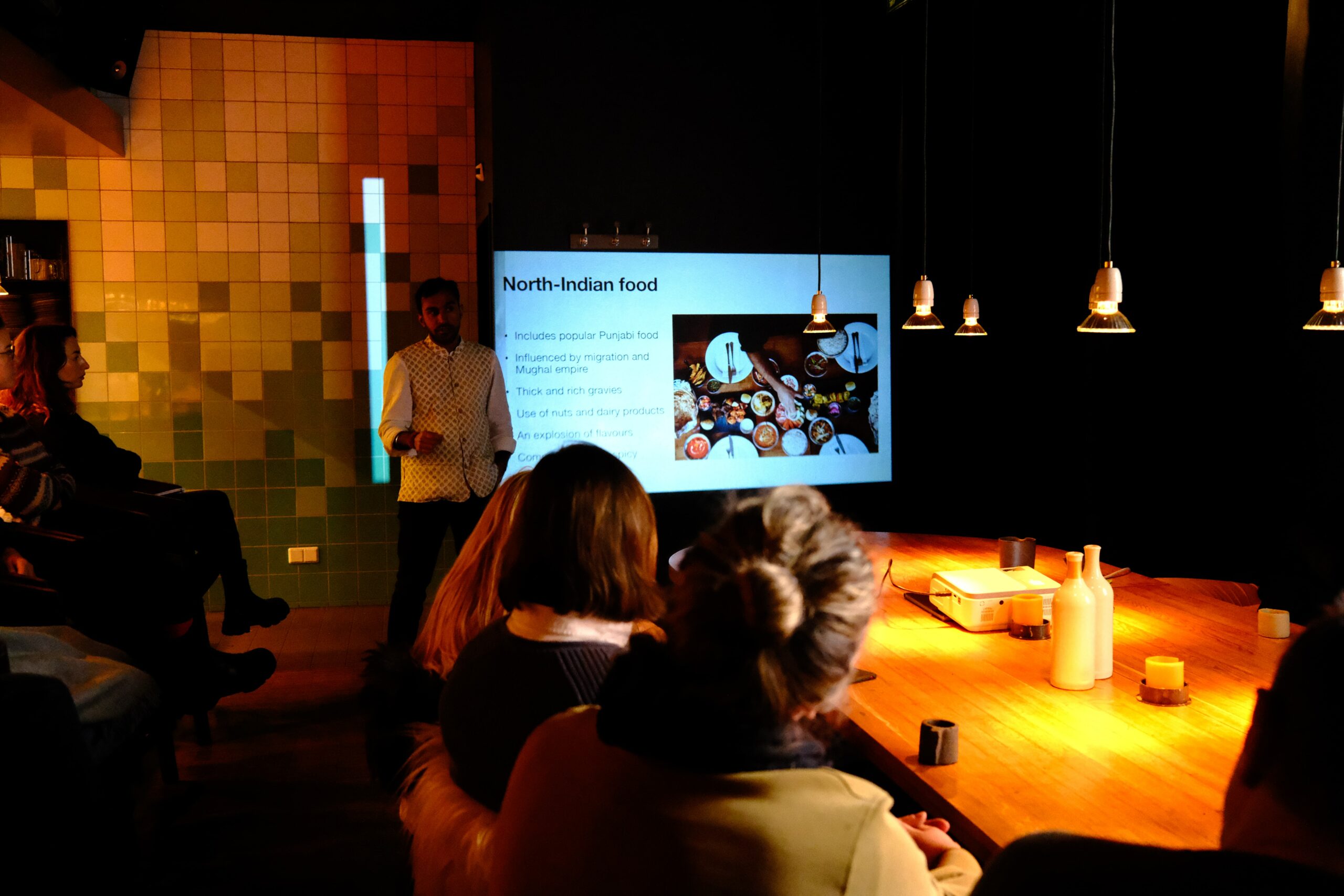 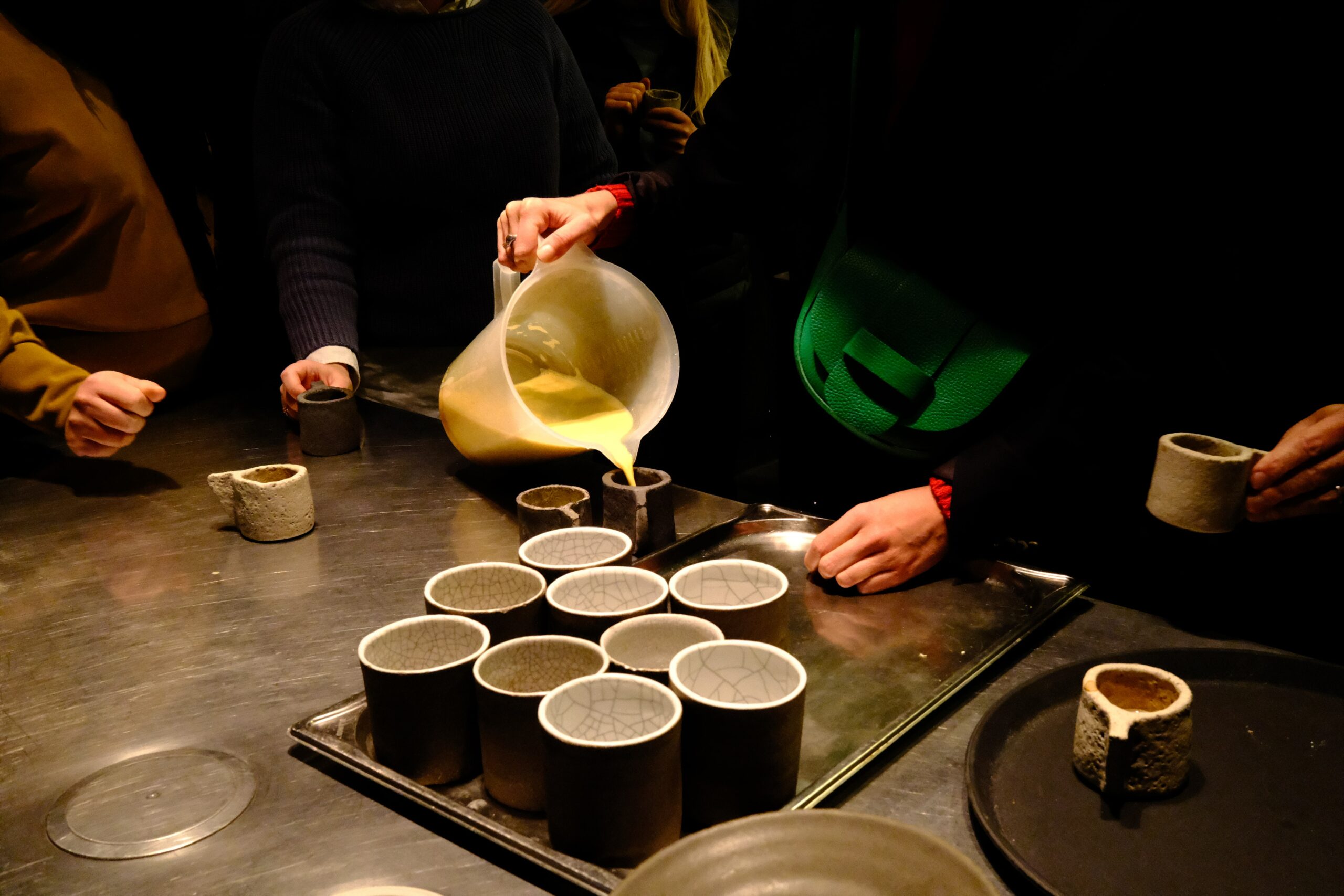 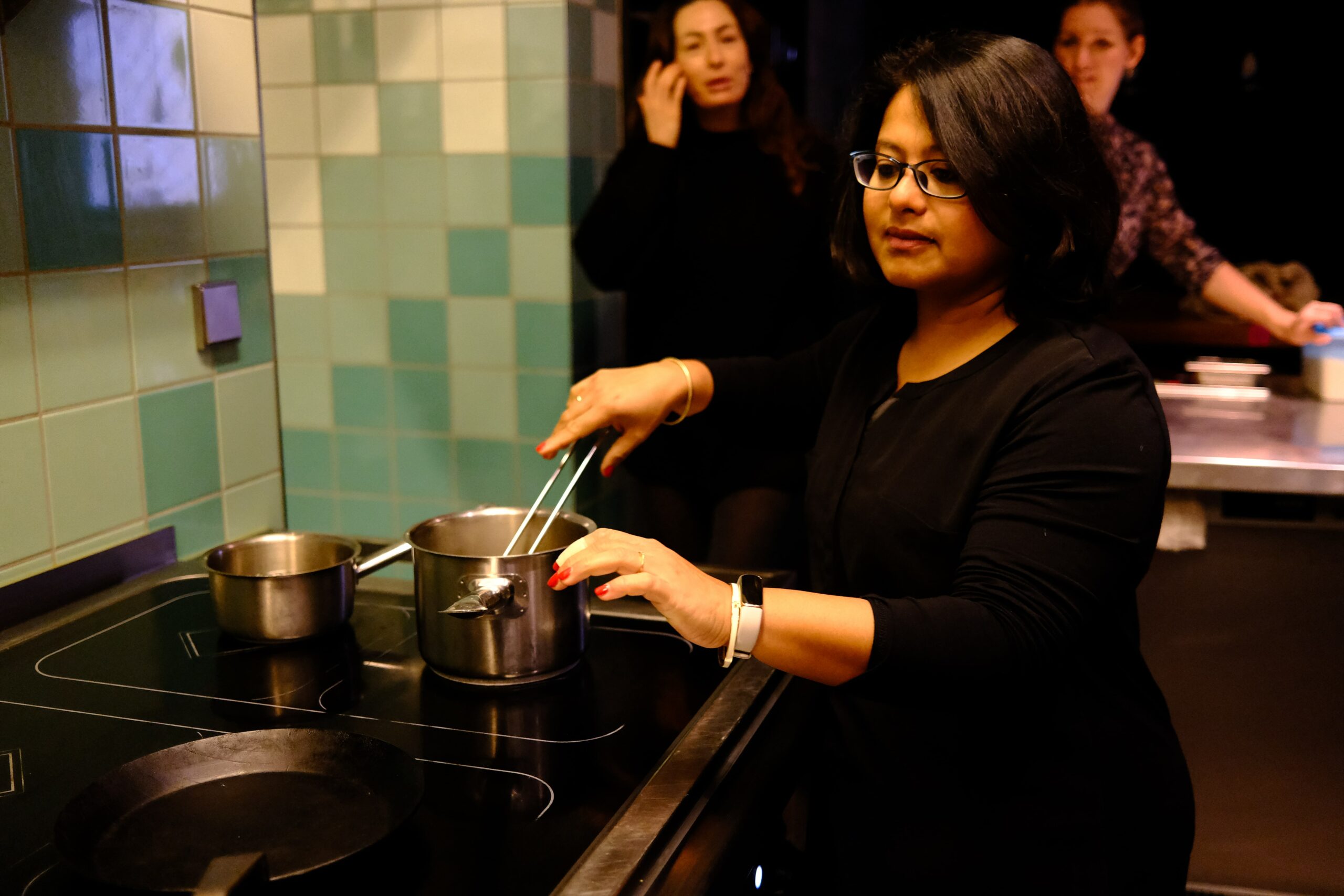 We learned that India is not only a large country, but its food culture is also strongly influenced by the colonial era, numerous religions and different climates. First, Paushali Lass gave us an overview on the history and geography of the country and then linked it to its food culture. For example, although food is traditionally eaten seasonally in all parts of India, the variety is much greater in the north than in the south due to the different seasons. Starting in the 16th century, various invaders and settlers came to India repeatedly in search of spices, a safe place to live or natural resources. This included people from Persia, Greece, Turkey, England, France, Denmark, Portugal and a Jewish communities. In particular, the influence of the Portuguese can still be noted strongly today: they brought cashew nuts, chillies, potatoes, tomatoes, vinegar and pork to the country.

Nationally known dishes such as biryani, differ in their preparation, depending where you are. North Indian food, especially Punjabi is known for thick and rich sauces, the use of nuts and dairy products. Only in the East, in the Kolkata Biryani, in addition to saffron and boiled eggs, potatoes also end up in the pot. Seasonal ingredients were and still are usually the cheapest choice. In addition, many people in India also grew their own vegetables in the garden. “Farm to table” is therefore a big part of the local cuisine. With the introduction of supermarkets, this has changed a lot in recent years. Currently, however, there are many efforts by local chefs to bring back the traditional culture. 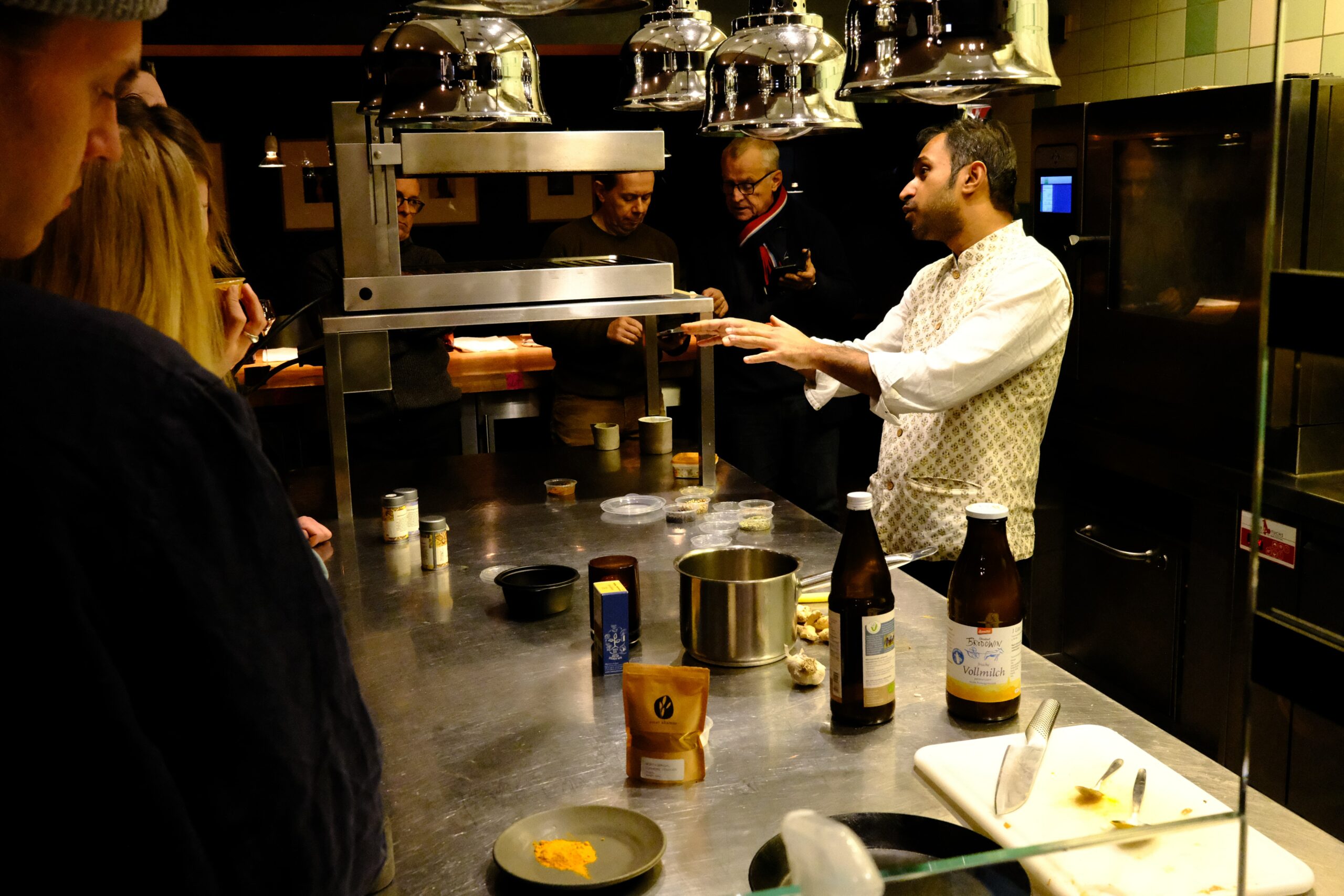 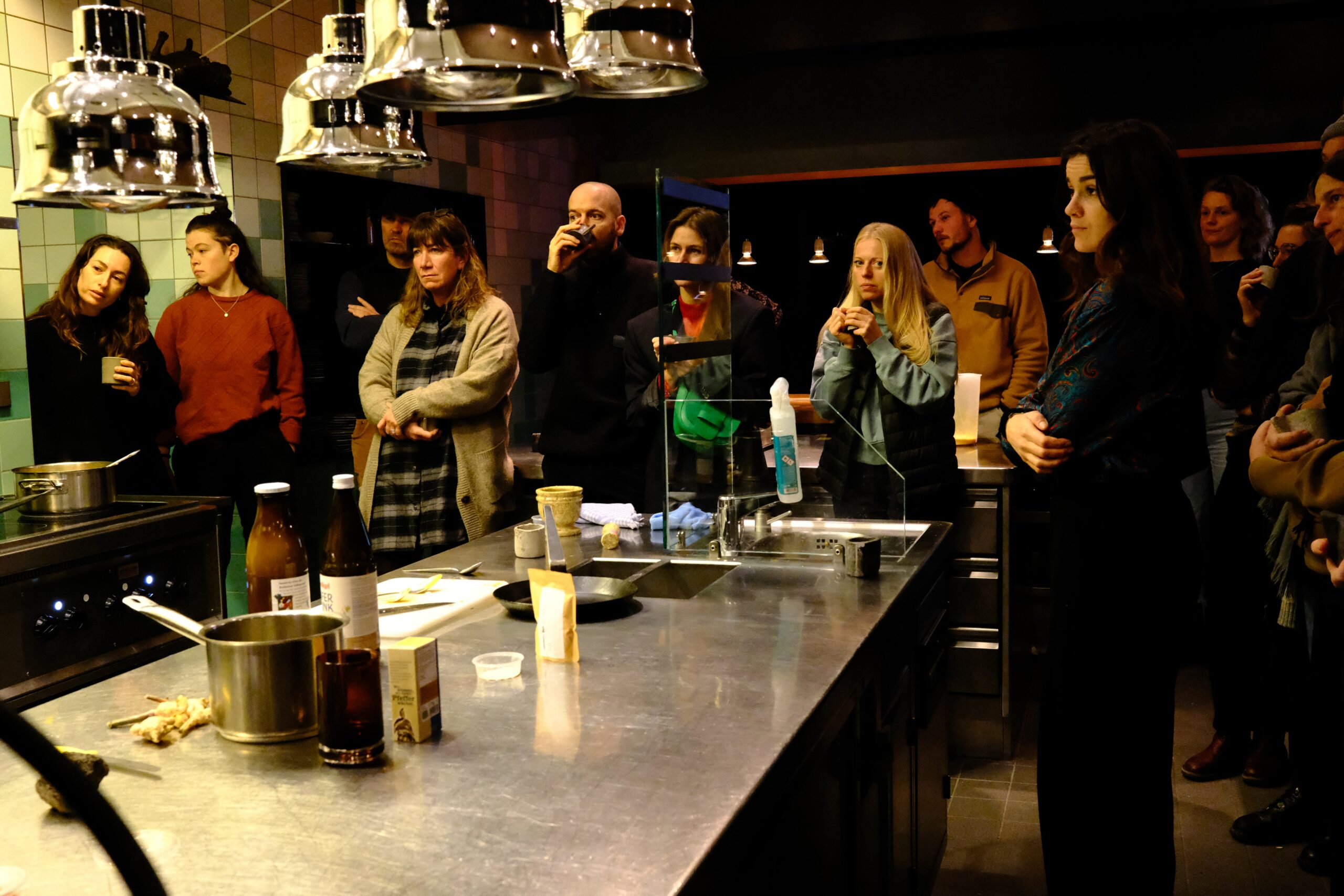 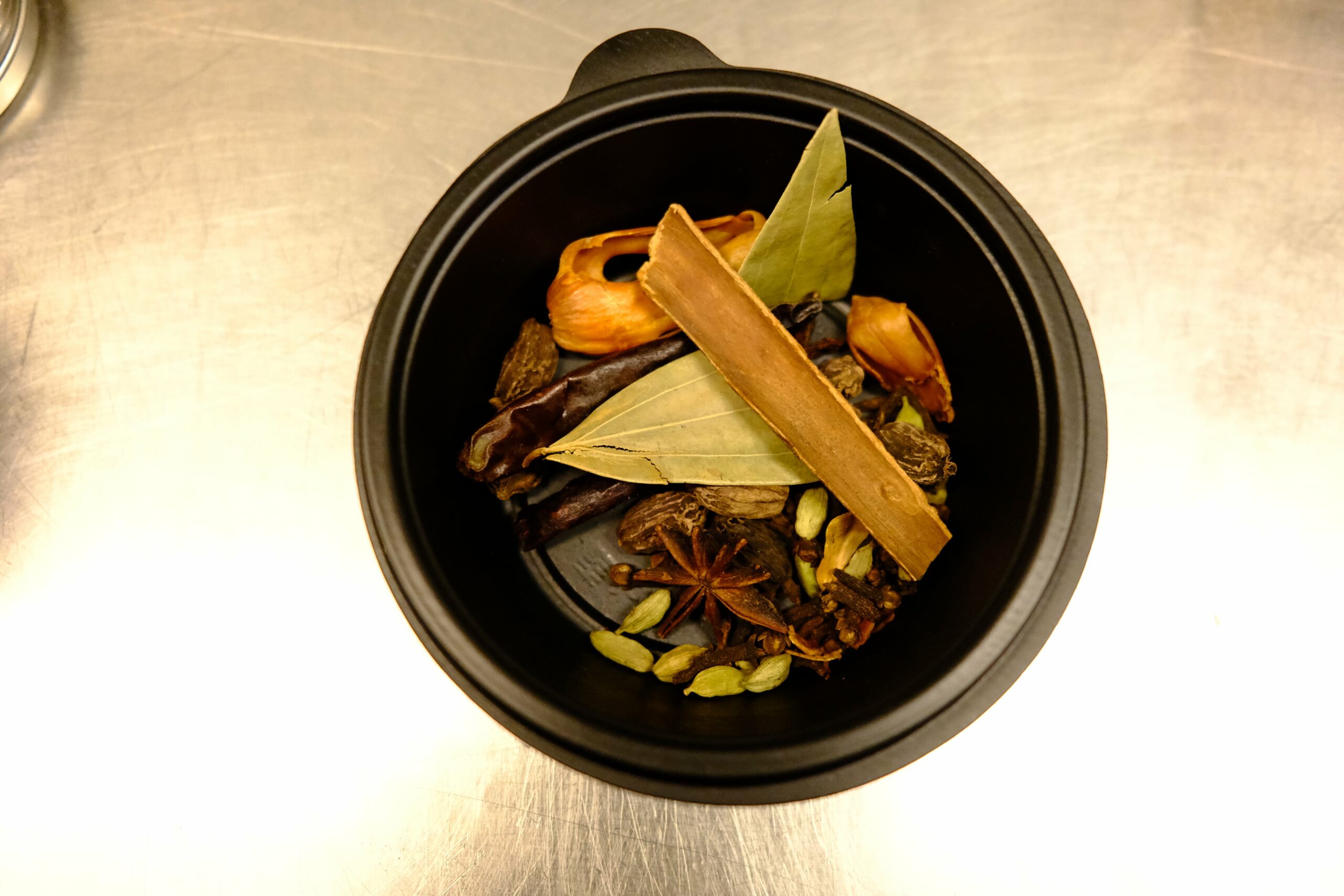 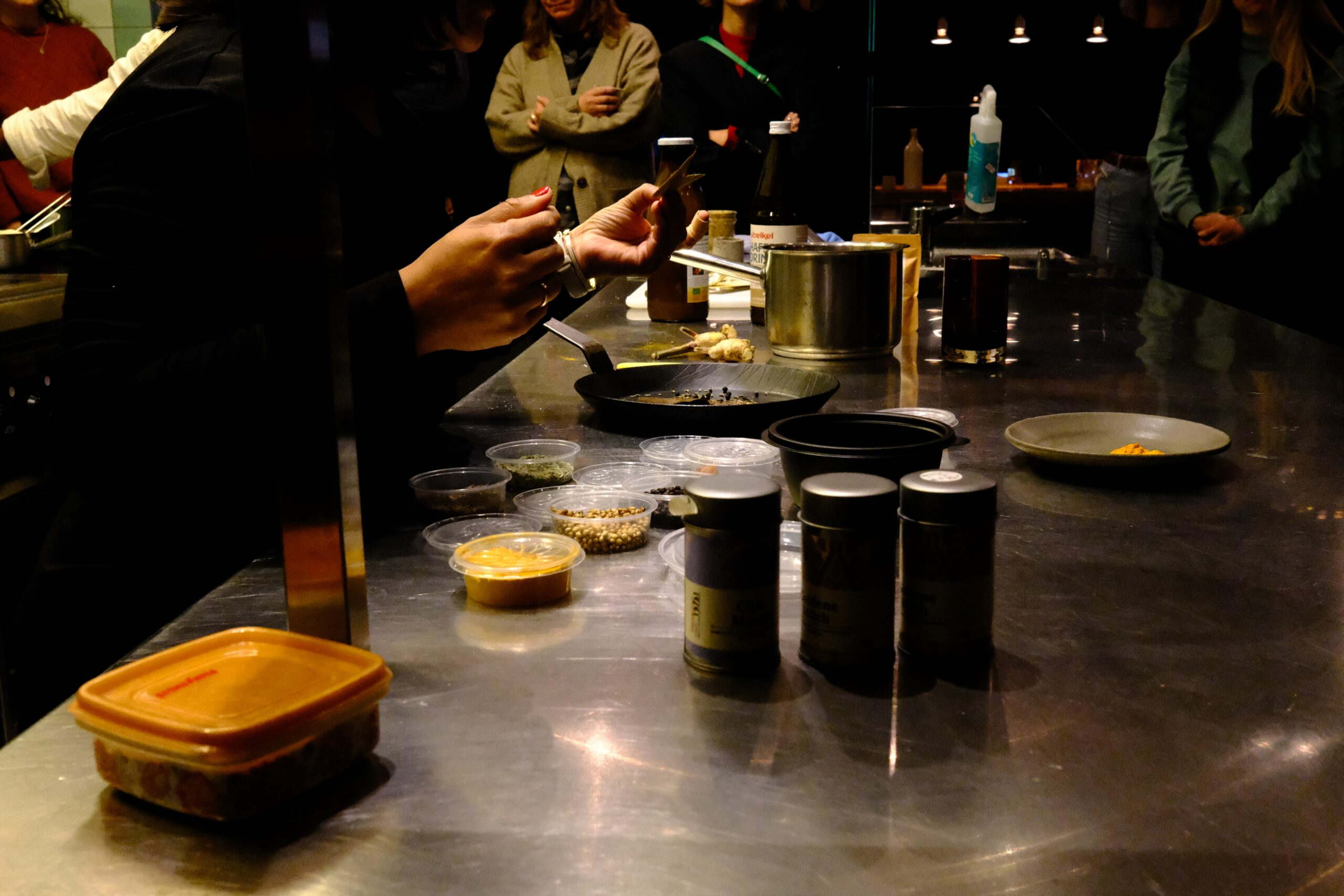 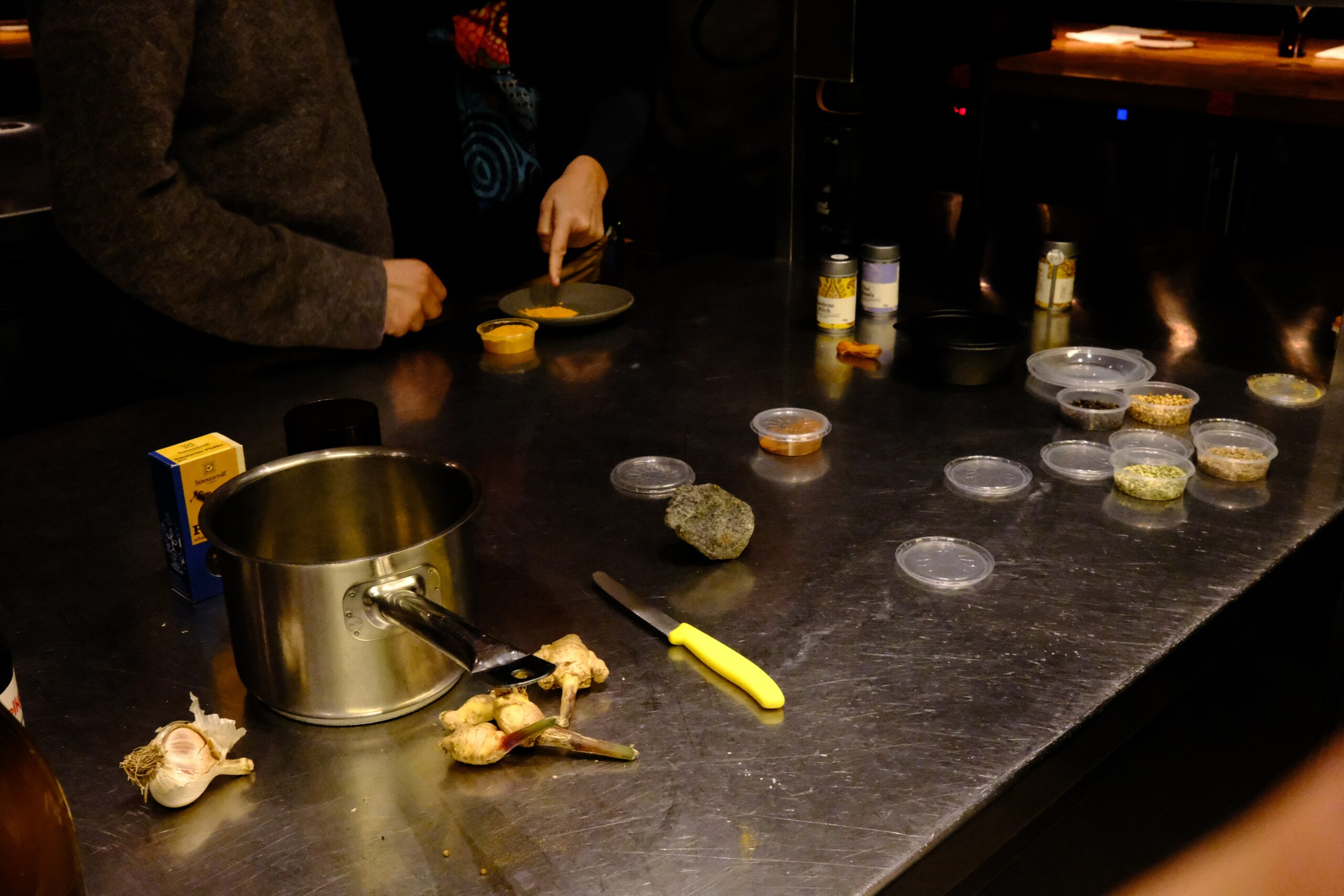 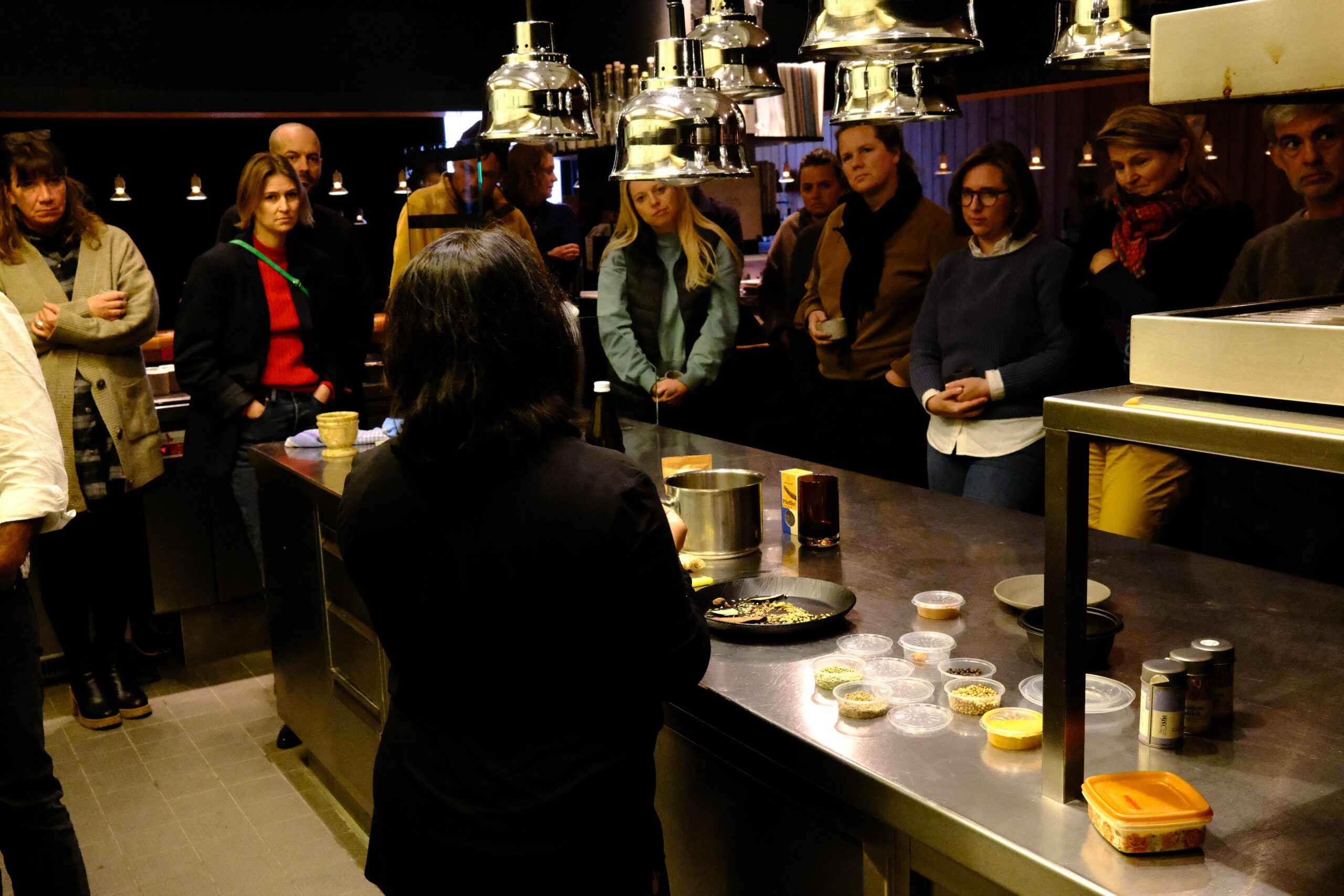 Gaurav Sharma from Bahadur explained to us the special preparation in the tandoor oven, typically for North Indian cuisine, which he also uses in their restaurant. The spherically shaped clay ovens, used in their form since 2500 BC, can reach temperatures of up to 350°C. Traditionally, a wood fire is lit inside, which slowly turns to charcoal, similar to a campfire, and releases heat evenly over the embers. The heat is stored in the thick ceramic walls for a longer period of time and is released to the food indirectly. Bread such as naan can be baked directly on the wall, soups or stews can be cooked vertically in the middle.

Afterwards, we went into the kitchen together: we were able to taste the most popular spices, such as turmeric and asafoetida in different qualities. We also learned more about the roasting technique, which enhances their different flavors.