The future of hospitality is collaborative, with Camilla Marcus

Too small to fail? Camilla Marcus is a founding member of the American Independent Restaurant Coalition. The IRC is an association of chefs and restaurateurs who work together to promote greater appreciation for their industry. The initiative shows how important it is that independent food stakeholders cooperate and organize themselves politically to draw attention to their relevance. What can we learn from this strategically? How can I, as a small business, make the value of my work tangible? What is the future for the hospitality industry, which has often been operating with thin margins and was particularly affected by the shutdown?⠀ 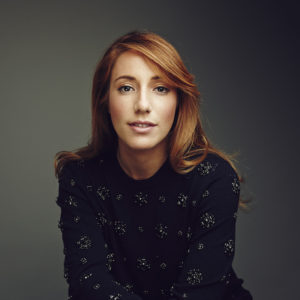 Camilla Marcus is the Chef/Founder of west~bourne, the popular all day, zero-waste restaurant inSoHo, Manhattan that operates with a unique, fully integrated philanthropic business model. Througha partnership with Robin Hood Foundation, 1% ofevery purchase made at the restaurant benefits The Door, an organization that supports local hospitality training for youth and from which west~bourne hires most of its team. A native Angeleno, Camilla created west~bourne’s menu to pay homage to California’s bounty, while every detail of west~bourne’s design has been thoughtfully sourced with California craftsmanship and sustainability in mind. Formerly the Director of Business Development for Union Square Hospitality Group, Camilla has also worked in real estate investing for Colony Capital and CIM Group,and trained in both business and law at the Wharton School and New York University. She holds a culinary degree from the International Culinary Center and has worked at some of New York City’s most celebrated restaurants, including dell’anima, Riverpark and Union Square Café.

With west~bourne, she is now the chef, the entrepreneur and the advocate, committed to rethinking what it means to be a good neighbor through the lens of hospitality. west~bourne is the first certified zero- waste restaurant in New York City and in the fall of 2019, Camilla worked in tandem with Vivvi to launch the first childcare facility with dedicated hours for parents in the hospitality industry. Camilla is a co- founder of Relief Opportunities for All Restaurants (ROAR), a coalition formed to support independent restaurant owners and operators in New York State. She is also a founding member of The Independent Restaurant Coalition (IRC), an organization dedicated to advocating for the rights of independent restaurants through national legislative action.